Devon has more children supported at both SEN support level and with an Education Health and Care Plan (EHCP) than seen elsewhere in the country.

In the October 2020 school census there were:

The top three categories of need for this cohort of young people, making up two-thirds of the cohort, are: 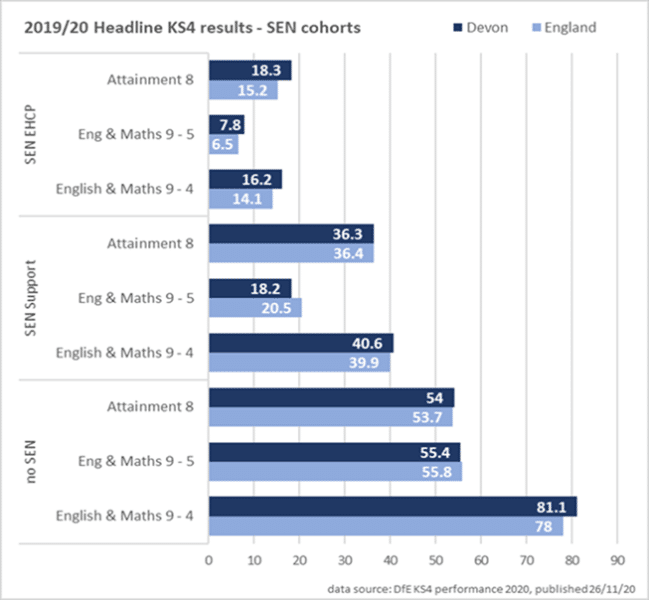 There were no national tests for other year groups (key stage 2) in 2020 due to the pandemic so the previous year’s information is shown. 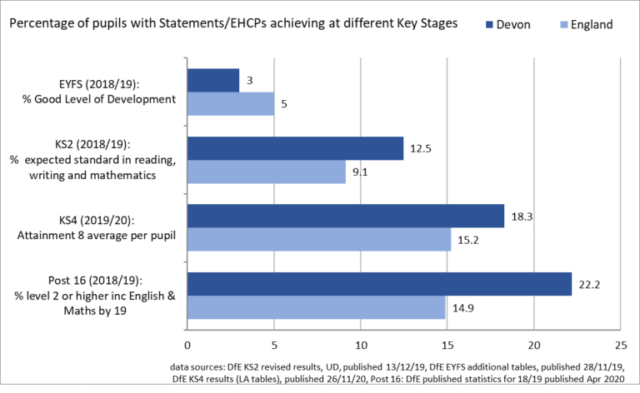 In 2020/21 Devon’s allocation to the high needs block, from the Department for Education was £76 million. In order to meet the needs of children Devon actually spent nearly £105.3 million. This meant the gap between the funding Devon receives from central government and what it spent was just over £29 million.

For 2021/22 there is expected to be a funding gap within the block, but on a reduced level, based on the actions from the DSG management plan and the current projections of spend.

Give us your feedback

Give us your feedback