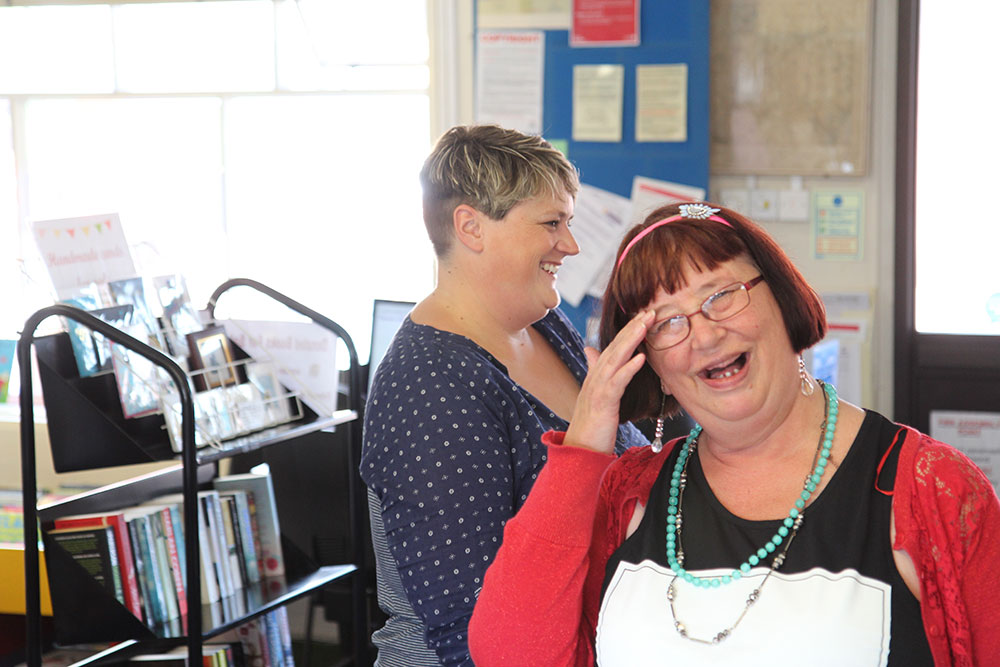 Sarah hadn’t considered a career in care before, in fact she hadn’t known what she wanted to do when she left school. During a gap year in South Africa she realised she wanted to work with people, but it wasn’t until she returned to the UK that she discovered Care and Support work. Now she’s a Support Co-ordinator. Here’s Sarah’s story:

Although I’d never considered it before, when I actually looked into support work it ticked a lot of the right boxes for me. I wanted to work with people, to help people, but also work with the local community. As soon as I started the role, I found it really rewarding and realised it was something I wanted to do.

My role is very much about supporting people to do the things they want to do; to lead a healthy, well-balanced life. I take huge satisfaction from supporting people so that they can gain the skills and confidence they need to develop their own independence. There’s nothing better than supporting someone to live the life they want – whether that’s completing a daily task, cooking their own dinner for the first time or integrating within their community.

The thing I love most about my job is seeing people achieve what they want. Within my role, one of the people I work with is Sally. Sally’s independence skills have really grown and her confidence too, and as that’s happened it means she’s able to live a more independent life. That’s when we’ve stepped back to allow Sally to flourish on her own. That’s the real reward. There’s nothing like the feeling of knowing you’ve made a difference to someone’s life.

Support work is so varied; it’s both challenging and rewarding but for me the rewards outweigh the challenges. You need to have the right attitude: if you’re committed, compassionate, resilient, and want to spend every day supporting others, there’s no career that’s more fulfilling. I wouldn’t swap jobs for anything else. I think once you’re in the care industry and you can see the rewards, it’s not the kind of career you’d want to walk away from.

If you are interested in starting a career in care and health, search current job vacancies.

If you have any questions about careers in care and health in Devon, please email proudtocare@devon.gov.uk

Beta
PLEASE BE AWARE - this is a test website. It may contain inaccuracies or be misleading. www.devon.gov.uk remains the official website for county council information and services.
×

Welcome to beta.devon, a development environment for all of our web sites and an example of how our information and services are presented.

PLEASE BE AWARE - this is a test website. It may contain inaccuracies or be misleading. www.devon.gov.uk remains the official website for county council information and services.

Your suggestions will help us make this site better, so if you have any comments please leave us feedback.

Thanks, I've read the warning

N.B. This site uses 'cookies' and Google Analytics. Closing this page sets a cookie so you don't see it again. There's more information on cookies at AboutCookies.org.?