The Exe Estuary is a patchwork of habitats. The ebbing tide changes the structure of the sands and reshapes the Exe so that the estuary we see today is a result of natural processes over huge geological time frames. The natural expansion of the estuary has been restricted by human development with the train lines on either side, coastal defences and sea walls. The Exe is largely made up of 5 different types of habitats; Mudflats, Eel Grass, Mussel Beds, Saltmarsh and Reedbeds.

Most of the Exe Estuary is an inter-tidal mudflat or sandflat which means that at high tide the mud is covered by water, but at low tide it is exposed.

The sediment that forms the mudflats is carried from the wider catchment by the River Exe, and is deposited in the estuary. The mud in the upper estuary is fine silt, but towards the mouth of the estuary the sediment becomes more coarse and sandy.

This change in sediment is important as towards the mouth of the estuary the sediment becomes coarser and stones and shells are increasingly present. This means that eel grass, mussels and algae are able to attach to the sediment and we start to see whole areas dominated by these species.

Although the mudflats may look empty they are actually as rich in biodiversity as a rainforest. Just 1 meter square of estuary mud can contain up to 10 million microscopic worms, thousands of snails and hundreds of shellfish. This diversity and abundance of life is very important for birds on the Exe Estuary, with each cubic metre of mud providing as much energy as 14 Mars Bars. 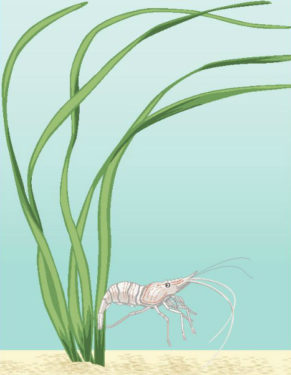 The prime Eel grass on the Exe is Zostera nolti which stabilises sediment, provides organic matter, acts as shelter and is a surface for attachment by species such as small snails. It is an essential habitat for Wigeon and Brent Geese who feed on the Exe Estuary’s Eel grass.

The Eelgrass acts as a nursery for small fish and crustaceans, such as plaice and prawns, who feed on the algae attached to the leaves and shelter from predators. These are prey for a number of bird species including the rare Slavonian Grebe. 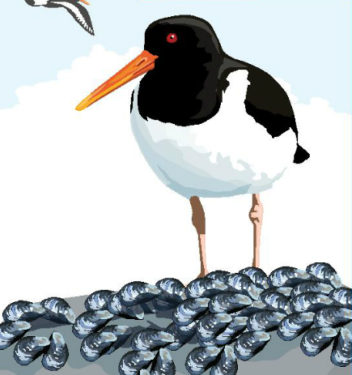 Wild mussel beds are the basis of an important and varied fishery which local residents have managed for generations and which has provided marketable grades of cockles, winkles and mussels.

Molluscan shellfish farming is the largest single commercial fishery on the Exe. It is concentrated between Powderham and Dawlish and in the mouth of the estuary. The industry is based on the growing of introduced Pacific Oysters on racks on the foreshore and the rearing of Mussels in beds. 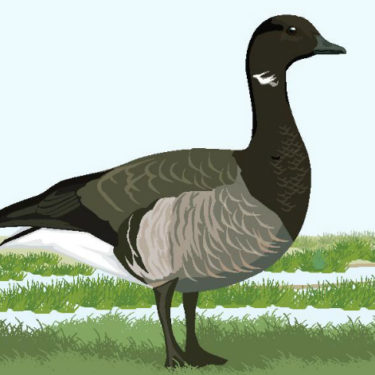 Saltmarsh is a very productive coastal wetland habitat which develops along low-energy estuarine shores. It is important for the ecosystem that saltmarsh vegetation can survive in the dynamic, saline conditions caused by tides because the presence of plants and roots stabilises the sediments and reduces erosion.

Saltmarsh habitats provide grazing and roosting areas for wildfowl and waders at high tide when they are not using the estuary. Saltmarshes are threatened by coastal squeeze, which happens where human development, such as coastal defences, provide a barrier for the landwards expansion of the saltmarshes to endure the impacts of sea level rise.

On the Exe this trend of habitat loss has been addressed through a project to restore 6 hectares of saltmarsh at Goosemoor using state of the art technology and carefully controlled flooding.

Reedbeds are an important habitat for birds in the UK. They provide roosting and feeding sites for migratory species.

Reedbed habitats are used as refuge for shoals of fish and young eels which are a food source for many animals.

Beta
PLEASE BE AWARE - this is a test website. It may contain inaccuracies or be misleading. www.devon.gov.uk remains the official website for county council information and services.
Supported by Devon County Council