Devon County Council is the largest local authority area in the South West of England with a population of 779,800 in 2016. It comprises the eight districts of East Devon, Exeter, Mid Devon, North Devon, South Hams, Teignbridge, Torridge and West Devon. It is a predominately rural county, albeit with a number of significant urban settlements, the largest of which is Exeter. Devon also includes Dartmoor and Exmoor National Parks, as well as five Areas of Outstanding Natural Beauty. The urban areas of Plymouth and Torbay are within the ceremonial county of Devon, though are independent unitary authorities that are separate from Devon County Council administration. Where they are grouped in the data on this website it is noted. 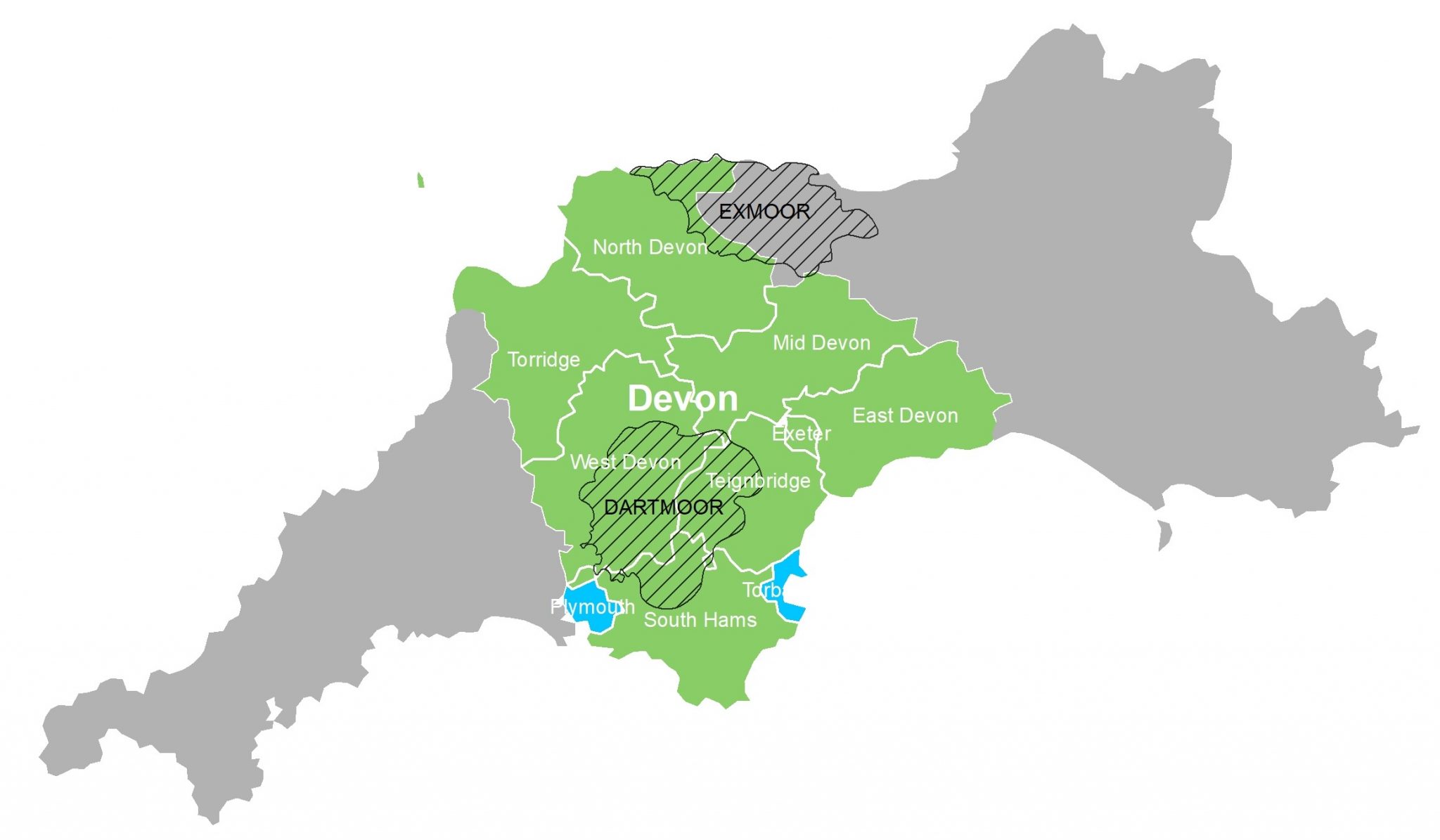 Total output in Devon is £16.25bn (2016), nearly £2bn more than Bristol and accounts for around half of the Heart of the South West Local Enterprise Partnership (LEP) area. The Devon economy is growing faster than the national average with output increasing by 3% in real terms in 2016. However, this is from a lower base: output per person is 21.7% below the national average. Labour productivity is also 82% of the national average, and that gap has grown over the last decade.

Employment rates in Devon are 4% higher than the national average at 78%, with 80.8% of the working age population actively engaged in the economy (Q4 2017). Unemployment is at 1.9%: its lowest rate since the financial crisis in 2008.

The economy of Devon has a broad sectoral base. The core industries of Health, Retail and Tourism account for 43.5% of employment, 24% of businesses and an estimated 25% of output. Agriculture, Education, Manufacturing, Construction and Real Estate sectors account for another estimated 38% of output and 43% of businesses.

Over the last five years, the number of enterprises in Devon has grown, but more slowly than the rate of growth that has been seen nationally. 89% of firms are micro (0-9 employees) in size and Devon has one of the highest incidences of self-employment in the country at 15.1%.

Across all indicators, the averages mask some important differences between districts. Exeter and East Devon are growing relatively quickly, have a good skills base and have the highest workplace earnings. South Hams residents generally have higher incomes and skills levels than the rest of the county, though this growth has not been so strong recently. Performance in the other five districts is more mixed, and notably poorer in the north of the county. Torridge and North Devon are the most deprived districts and this correlates with other indicators such as wages, education levels and social mobility.