We have a range of spectacular cycle trails in Devon, which are suitable for all ages, abilities and interests. Here you’ll find a description of our cycle trails with links to maps and further information. 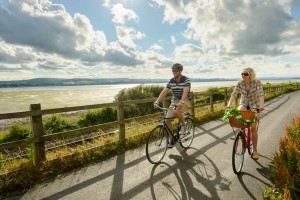 The Exe Estuary Trail is a scenic walking and cycling route which runs along the beautiful Exe Estuary connecting Exmouth and Dawlish Warren to Exeter Quay. 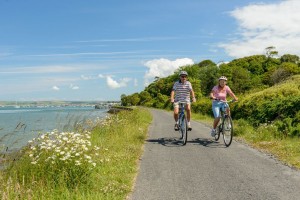 The Tarka Trail is an entirely traffic-free 32 mile cycle trail which runs from Braunton to Meeth in North Devon. The flat and family-friendly trail travels through beautiful countryside, offering stunning views across the estuaries of the River Taw and Torridge with many picnic spots, cafes and pubs along the route. 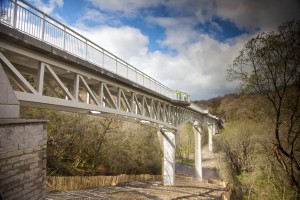 Drake’s Trail runs along the western edge of Dartmoor and forms part of the southern half of the Devon Coast to Coast (National Cycle Network Route 27).

This 21 mile walking and cycling route links Tavistock with Plymouth. Sections include the iconic Gem Bridge, the Grenogen Tunnel and the Clearbrook Ramp near Yelverton. 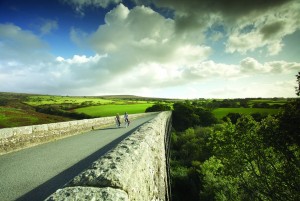 The Granite Way is an 11 mile traffic-free walking and cycling trail which runs along a disused railway line between Okehampton and Lydford. It is part of the Devon Coast to Coast (National Cycle Network Route 27).

The route provides an almost flat trail through the spectacular upland scenery of Dartmoor with magificent views to the west as far as Bodmin Moor and the north Cornwall coast. 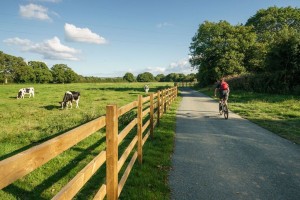 The Stover Trail is a traffic-free multi-use route which connects Newton Abbot to Bovey Tracey. Created as part of the Granite and Gears project, this flat route passes alongside the beautiful Stover County Park and will eventually extend towards Lustleigh and Moretonhampstead in Dartmoor National Park. 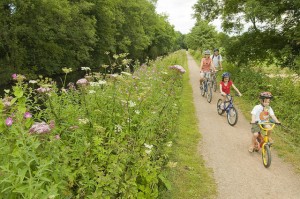 This route runs alongside a tranquil section of the Grand Western Canal from Tiverton to Holcombe Rogus. The 11 mile route is family friendly and offers stunning views across the Blackdown Hills. 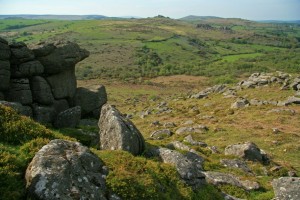 The Dartmoor Way is a 95 mile signed circular route, which winds its way around the natural beauty of Dartmoor National Park, linking hamlets, villages and towns along the way.

It takes cyclists through the varying landscape surrounding the High Moor, visiting attractive and interesting locations, which offer a wide choice of places to eat, drink and stay for the night. The well-signed route follows quiet Devon lanes and minor roads, and uses traffic-free cycle trails wherever possible. 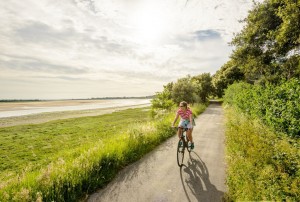 The West Country Way is a 240 mile route which stretches from Bristol to Padstow. The Devon section of the route runs from the Cornwall border near Holsworthy to the Somerset border east of Tiverton.

Over 70 miles of the route are traffic-free, and some of these sections form part of the Tarka Trail and Grand Western Canal routes through Devon.

The Devon Coast to Coast 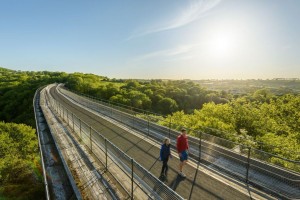 The Devon Coast to Coast is a 99 mile route which links Ilfracombe on the north coast with Plymouth on the south coast. This classic route through the heart of Devon has large traffic-free sections and traces the course of former railway lines.

Passing through tunnels and across breathtaking viaducts and bridges, the route takes in spectacular views, the beaches and estuaries of North Devon, the lush green river valleys and moorlands of Dartmoor, a range of market towns and the bustling city of Plymouth. 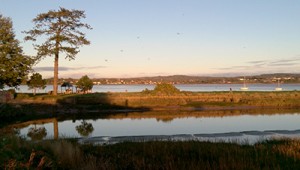 The Tour de Manche is a 1,200 km cross-channel cycle route which follows the French coastline of Brittany and Normandy and the British Jurassic coastline of Dorset and Devon.

The route winds through minor roads and signposted traffic-free sections offering spectacular views of both coastline and countryside. 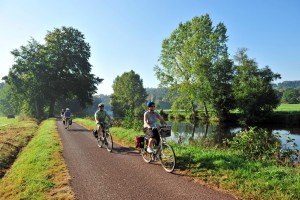 La Velodyssee is a cycle route which stretches over 1,200 km from Brittany along the Atlantic coast to the border with Spain. The route also connects with the UK mainland via Plymouth and the English section of the route follows National Cycle Network 27 through the heart of Devon to Ilfracombe on the north coast.

Have an enquiry or can't
find what you are looking for? X
Beta
PLEASE BE AWARE - this is a test website. It may contain inaccuracies or be misleading. www.devon.gov.uk remains the official website for county council information and services.
Devon County Council, County Hall, Topsham Road, Exeter, Devon EX2 4QD
Our contact numbers