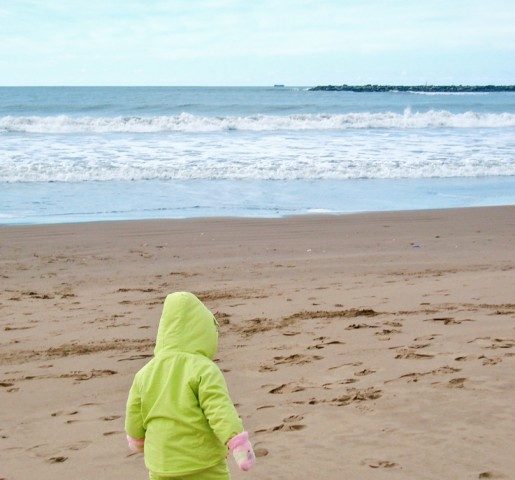 Clare and Andy knew they wanted to complete their family by adopting their second child. Through the fostering to adopt scheme, they fostered then adopted baby Evie.

Clare tells us her story.

We went through a difficult time when our birth son Jack was born. There were complications with my caesarean and I wouldn’t be able to go through another birth again.

We were determined to have a sibling for Jack and knew adoption was the next option. It was the right thing to do for us and for him.

He was just three years old, and the child we had to consider for adoption had to be two years younger than him – so just a baby. We wanted to complete our family at that point, rather than wait until he got older.

We asked our social worker to consider us for fostering to adopt, even though he told us that there may be a higher risk of us not eventually adopting through the fostering to adopt scheme, than the standard adoption process.

It’s important for people to understand from the beginning that the adoption may not happen and fostering to adopt is a big risk to undertake. But you have to take that risk to reap the rewards.

We had concerns about fostering a baby, then the baby perhaps going back to the birth parents, and we thought this would be especially hard on Jack because this would affect his life.

There is such a strong attachment between Jack and Evie. From the moment she came to us he was besotted with her. He would have been devastated if she’d had to go.

My two best friends have adopted and we talked to them a lot beforehand. One of them said “Don’t worry if you don’t love the child straight away; it could take you another six months.”

It was nothing like that for me. I had shivers down my whole body when I met her – it was unbelievable. We were just besotted with her from the moment we saw her big blue eyes. She was beautiful.

And some people say that Jack and she look just like each other.

Risks of fostering to adopt

Instead of Evie going into a foster home, she came to us and we were paid an allowance to foster her. With fostering to adopt you are told that 90% of placements would become adoptions, but in the end it depends on the birth family and the court.

For the first three or four months of fostering Evie, she had contact with her birth parents three times a week. During that time she hardly slept and was unsettled because she was going back and forth so much. It was very traumatic for us all.

Then her birth parents didn’t turn up for contact, and they split up with each other. They didn’t attend the first court date which slowed the process down, so we reapplied a month later, and they were given an ultimatum: to show up or contact would stop completely. They fought for her.

It was the most stressful experience for all of us. I found myself tied up in the lives of the birth parents, without really knowing them at all.

The birth parents contested the adoption, so the court hearing was put back two months. The weeks went by painfully slowly, but actually the court arranges the dates a lot quicker than standard adoptions, because of the young child at the heart of it all.

The judge looked into their case and Evie was ours. She was just under a year old, and she came to us within nine months. We thought we would end up waiting a long time, but in reality it was quicker than a pregnancy!

Our social worker was really great, and he spoke of the risks, but I really feel that I would have benefited from talking to someone who has done it before – and meeting them face-to-face. I think you need to see emotions for real and talk about experiences. You have to be the right kind of adopter. You have to be really strong and it will be wonderful for you, but if it’s not right for you then don’t pursue it.

Overall, fostering to adopt our daughter has been a real roller coaster but the outcome is definitely worth it – Evie couldn’t be more amazing. She is so settled now. She is sorted and comfortable. We have now completed our family.