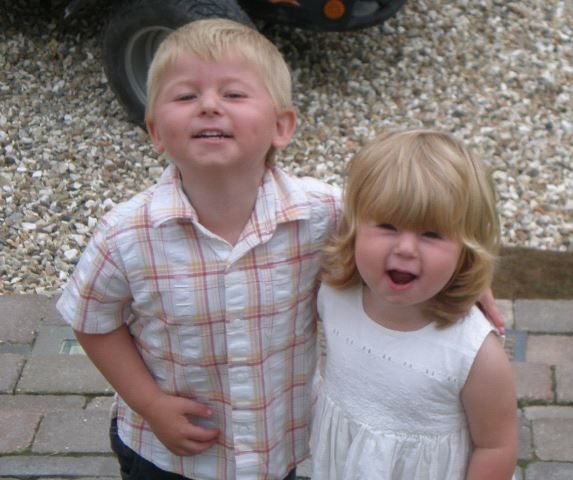 After trying IVF twice, adoption was the next obvious step for Sarah, 42, and her partner Steve, 47, rather than feeling like ‘the last resort’.

Sarah and Steve explain how they adopted two children from mid Devon, a brother aged six and a sister aged four.

We had a great social worker who was flexible and easy to talk to. We went at a pace that was suitable for our lifestyle. Both of us worked full-time and although some of the training and necessary assessments took time, the process was not overly intrusive.

The only time we thought it was taking too long was at the very end, at the matching panel stage, when we were waiting for six months for our two children. Everything else went like clockwork unless we wanted to take a break.

After we were approved as adopters we were invited to a South West Adoption Consortium event day, where agencies and local authorities across the south west promote their ‘harder to place’ children. We felt we should go, rather than really thinking we’d find a match there. However, it was the best choice we ever made. We met foster carers who gave us a real sense of the children that were waiting for adoption, and this was where we found our two children.

Thinking back, we went into adoption thinking we wanted a baby, but the turning point for us was seeing that the children who are considered ‘harder to place’ or ‘old for adoption’ are still very young. They are toddlers in pre-school or are only just at primary school – they are not ‘old’. They are still really, really young and little.

I don’t really feel that I’ve missed out on anything as a parent.  And, realistically, an adopted child who is six may actually be intellectually and emotionally what you’d expect of a child a few years younger.  But once placed in a permanent and stable home, they can soon make up a lot of ground.

Our children do have some minor medical issues because of a genetic condition, and also some issues around toileting.  These medical issues have not been significant to us as a family.  The children are very happy and very loving. We couldn’t be happier as a family.  And when we go out with the children, they are adored by everyone- they are real charmers!

They also had fantastic foster carers, following on from their first few disruptive years with their birth family. During those few months we were waiting for the adoption panel confirmation, the foster carers gave us updates and kept the whole thing “alive” for us.

The children also have an older brother who continues to live with the same long-term foster carers. We keep in contact with him and continue to have a good relationship with their foster parents, meeting up three or four times a year. There’s also a half-sibling with whom we have now started having occasional play-dates.  This was our choice and not something that social services imposed.  We only have letterbox contact with the birth parents.

Our children are very close and have always lived together. I feel that this is a really important advantage of adopting siblings, as they are the one source of continuity in each other’s lives. They will always have each other to talk to about their feelings regarding adoption and shared memories of their lives before us, and I hope that this will help them deal with any issues in later life

We never seriously considered adopting only one child. My partner and I are from larger family groups with many brothers and sisters. And there are many advantages to having two or more children at once, like only going through adoption process once, and only having one set of birth parents and siblings to maintain contact with!

My advice to people is that they shouldn’t think that an adopted child will in any way feel less “theirs”.  From the very beginning our children called us mummy and daddy, even though they were that little bit older. They have always known that they have their  ‘other mummy and other daddy’ and that adoption is part of their life.  Another advantage of adopting older children is that this means that as a parent you don’t have to introduce the subject to them – it’s part of their own memories.

I feel that at the beginning, people should try to have an open mind about the type of child they want to adopt – don’t think of just babies. Further down the line, talk to your social worker and narrow down the adoption matching.

On a purely practical note, people may want to think about the financial advantages of adopting older children – our son was already at school when we adopted him, and our daughter qualified for the free 15 hours a week of pre-school.  By the time I returned to work from adoption leave, she was also at school.  This meant that we have never had the huge financial burden of childcare.

I would also say that when you are reading profiles of children, don’t be put off by phrases like “global development delay” or “uncertainty about the future” when looking at profiles.  They are such general terms.

Being in our 40s, we had read things that suggested we could adopt only older children, and we wouldn’t have been surprised if there was an expectation we got married. That’s not the case – we weren’t pushed down the route of older children and for practical reasons we did think of getting married, but now we have adopted it’s not a big deal at all.